Bromine is a member of the halogen group of elements. It is found widely in nature, both as a salt and in organo-bromine compounds such as bromomethane, a gas emitted by marine organisms. Although rarer than other halogens such as chlorine and fluorine, bromine is abundant in salt lakes and brine wells; Israel (particularly the Dead Sea) and the US are the largest producers.

Bromine is widely used as the basis for organic flame retardants in plastics used in electrical and electronic equipment, including large and small domestic appliances such as refrigerators and washing machines, as well as in televisions and computers. It is also deployed in plastics used for transport applications – cars, trains and aeroplanes – and can be applied to the foams used in furniture and other soft fittings. 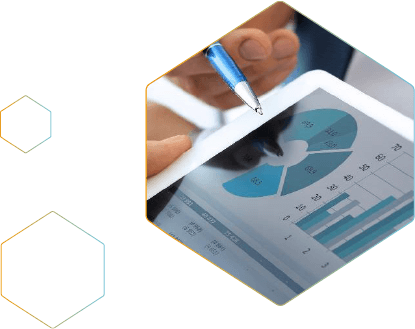 Bromine Found to be Essential to Human Life. Bromine – an element with atomic number 35 and the chemical symbol Br – is the 28th chemical element essential for tissue development in humans and all other animals, says a team of researchers led by Prof Billy Hudson of Vanderbilt University School of Medicine.

Like bromine, chlorine is also a member of the halogen group of elements. It is widely found in nature, most commonly as sodium chloride – better known as table salt. Sodium chloride is mined underground or extracted from seawater; almost 2 percent of the mass of sea water is chlorine.

Although more commonly thought of as a disinfectant, chlorine has a range of important applications in flame retardation. Chlorinated paraffins and chlorinated phosphates are used as fire retardants in leathers, paints and coatings and rubbers. It is also used in textiles and foam fillings for furniture, where the polymer polyvinylchloride (PVC), which contains chlorine atoms, also shows some intrinsic fire-resistant properties.

Nitrogen is one of the most common elements on Earth, making up almost 80 percent of the atmosphere. It is an essential nutrient for plants; indeed, nitrogen is found in every living organism. As a flame retardant, it has a limited number of applications – in nylon polyamides, certain hard plastics, polyurethane foams and coatings for textiles and wall coverings.

In addition, because nitrogen is inert, some flame retardants rely on emitting nitrogen to dilute the level of flammable gases, helping to dampen any fire present.

Phosphorus is an element commonly found in the earth’s crust – usually as a phosphate. It is an essential element for life and a component of DNA. Phosphorus for commercial use is usually mined, with large deposits in China, Morocco and Russia.

In flame retardant applications, it is used to produce liquid and solid organic or inorganic flame retardants. These are used extensively to make fire-resistant polyurethane foams for soft furnishings such as chairs and mattresses as well as thermal insulation. Phosphorus-based agents are also used in several electrical applications; flexible PVC commonly used in insulation for electric cables, electronics and high-temperature polymers (plastics) used for manufacturing switches and connectors.

Other inorganic and mineral materials

As well as these widely used materials, there is a range of other inorganic and mineral compounds used either directly as flame retardants, or in combination with bromine, phosphorus or nitrogen as elements of flame-retardant systems.

Common examples include melamine compounds (based on nitrogen), graphite (a form of carbon, similar form to the one in pencils), silica (as in glass and sand) and inorganic phosphates (ammonium phosphate and polyphosphate). Common mineral compounds include certain phosphates, metal oxides, hydroxides, and other metal products (aluminium, zinc, magnesium, molybdenum, boron, antimony).

Some inorganic and mineral compounds are used as components in flame retardant systems, in combination with other substances. This is common for achieving fire safety in plastics, foams, textiles (both natural and man-made), wood and timber products.